Our friend Muna was eager to get to the Mayan site of Tikal, Guatemala.
"I signed us up for the sunrise tour," she announced with a smirk.

We both knew that we'd leave at 4:15 a.m. the next morning and that we would most likely fall asleep at the temples and miss the sunrise anyway.

I don't remember getting up that next day at a punishing hour. But, I did remember when I started to become aware that I was on a bus.

"Muna...Muna...are you awake?" I whispered.
She gave me an opinionated answer by punching me in the ribs.
"Seriously, Muna. Is this really happening?"
"Yes, Mayan temples...heart of a lost civilization...sunrise tour...blah, blah, blah. Yes, it's happening, " she mumbled.
"No, Muna. Look."
Somehow my agnostic prayers had been answered. Looking and listening, I had noticed that I was alone on a bus full of Scandinavian women. It was as if I were being smuggled into a girls volleyball camp.
"You're welcome," Muna offered as I was still flattening my stubborn eyebrow hairs and manically rubbing my arm pits to stir up some irresistible pheromone musk.

As I was kind of hoping the bus drive would have a quick and painless aneurysm so we all could be a little more alone, one girl abruptly stood up and vomited out three pancakes, grape Gatorade and a tequila worm. My fantasy was officially over.

We went on to drive in seven minute bursts pulling over each time for our prolific puker to create another 1 mile roadside marker. Muna offered her a napkin, which our afflicted passenger promptly puked through with velocity vomit. Our vomiting passenger tried to apologize but couldn't help replacing all her prepositions with hurl.

Eventually the chucker passed out from vomit exhaustion and the bus rushed to the Tikal temples.

"Come on Muna, please!"
I was whining to Muna to stealthfully take a picture of me with our girls volleyball team.
"Will you promise to shower?" Pleaded Muna.
"Yes, yes. I promise to wash all my lymph node crevasses," I feverishly announced. 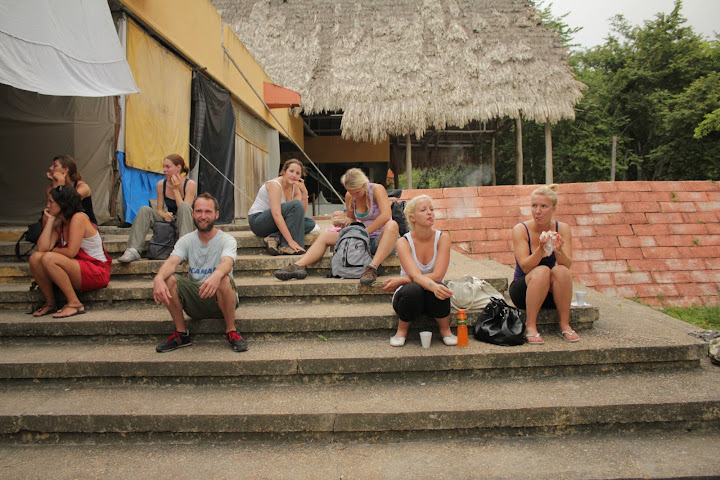 We then entered the Tikal temple park. But, due to either getting up so early that it was basically still yesterday, the 274 kelvin heat, or the powerful Mayan Mojo, Muna and I kind of went nuts at the temples. For example, we decided to have some sort of human panther photo shot: 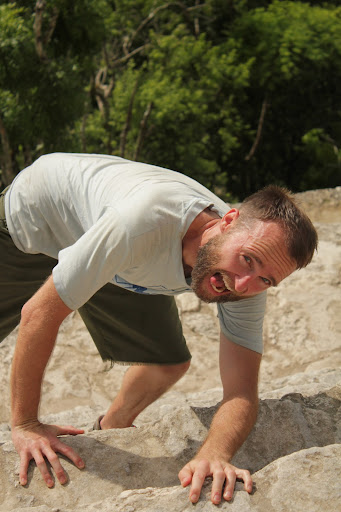 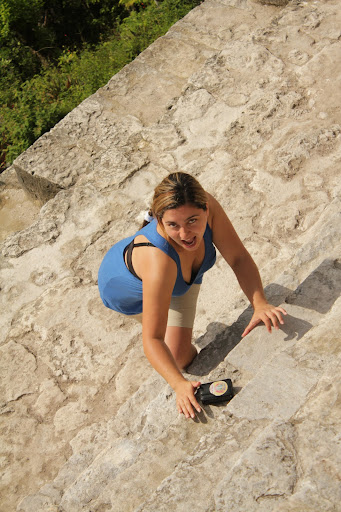 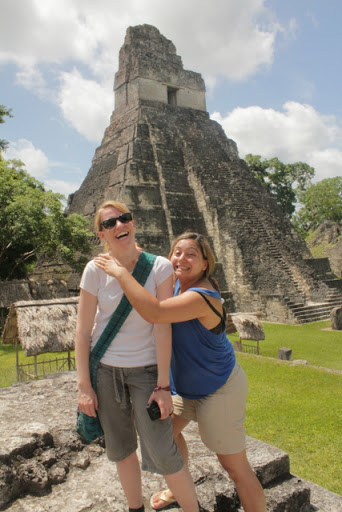 I decided it was a good idea to put a fat and hairy spider in my food-filthy hands: 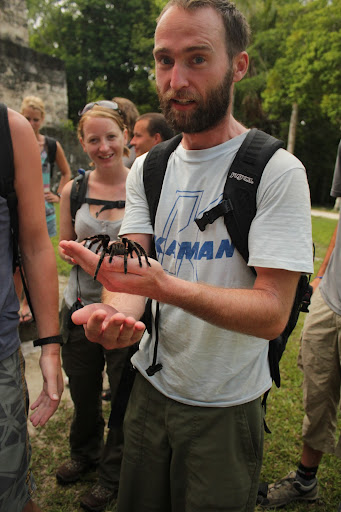 And, I concluded that descending down bends-inducing stairs was a great location to close one eye and experience the loss of parallax vision. 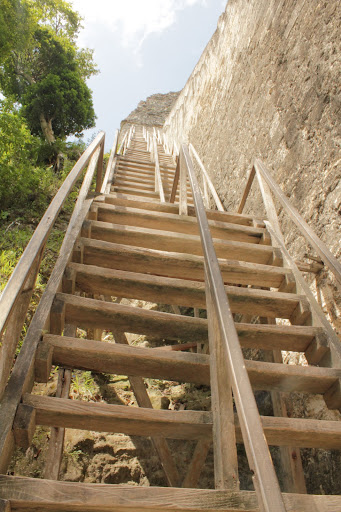 Overall, even though no one got blow-darted and absolutely no one would sell me a magical Toucan beak, I was not disappointed with the temples.

In gratitude for the international passengers on our bus, I thanked the Mayan spirits. I also asked for forgiveness for flat out lying to Muna about promising to shower. 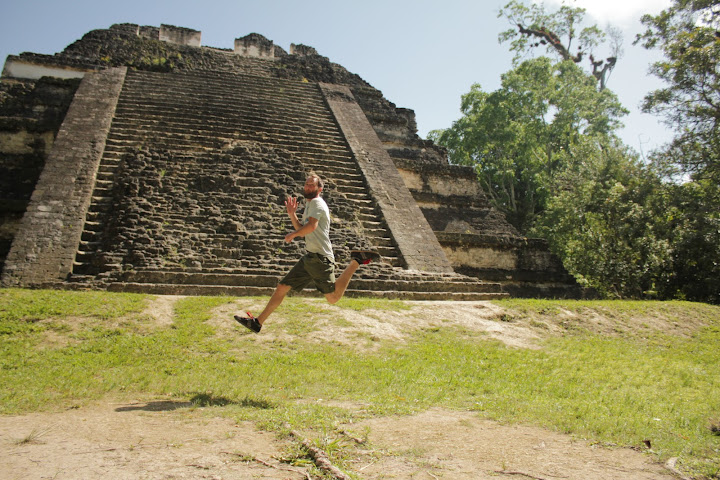