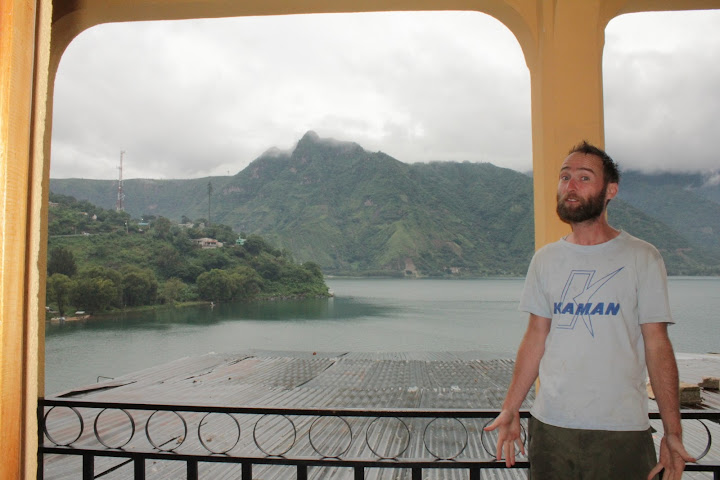 "Hand-Sanitizer Rape!" I protested as our friend Muna was cornering me with two pump-action sanitizer bottles.
"Craig, when you sit on my bed, your perineum secretes oils onto my bed!" complained Muna.
Looking at her itchy trigger fingers on the approaching antiseptic lotion bottles, I questioned, "What--you gonna sterilize my perineum?"

With Muna almost being an institutionalized obsessive clean freak and me suffering from attention to hygiene deficiency disorder, in reality, we weren't doing that bad while we shared our travel space.

We had just arrived in Lake Atitlan, Guatemala. We were going through our daily negotiation for the rules of where I could sling my jock-itch socks and my explanation of why it was unnecessary to use hand sanitizer on the room's Television screen. An agreement was reached and we air shook hands--real handshakes spread Japanese Encephalitis.

I was then off on a mission. See, I had recently discovered that the end of my shoe was developing a hole. I would never admit this to Muna, but the hole in my shoe couldn't have been a more clear reminder of the fact that I needed to clip my Appalachian talon toe nails. Shhh!

So, not wanting a hygiene lecture from DJ OCD, I secretly dashed off to purchase, this thing called, a toe nail clipper and to make an appointment for shoe surgery. Thirteen stitches later, mission accomplished! 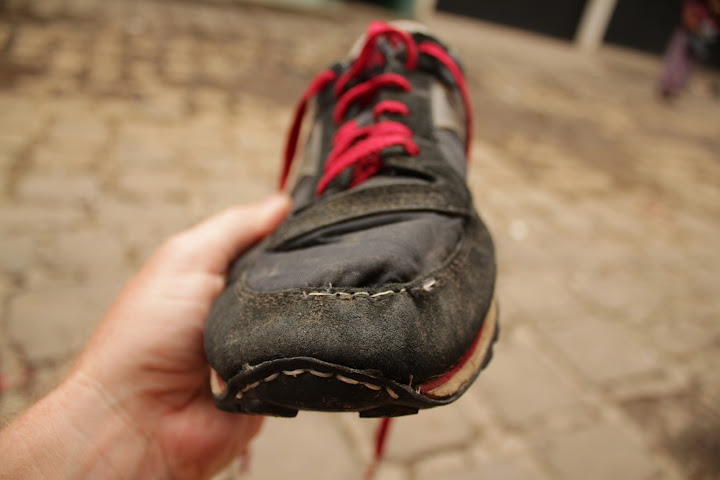 Ironically and, well, not surprisingly, Muna was bed ridden and feeling ill when I returned. So, I was left to wander around the little town of San Pedro. 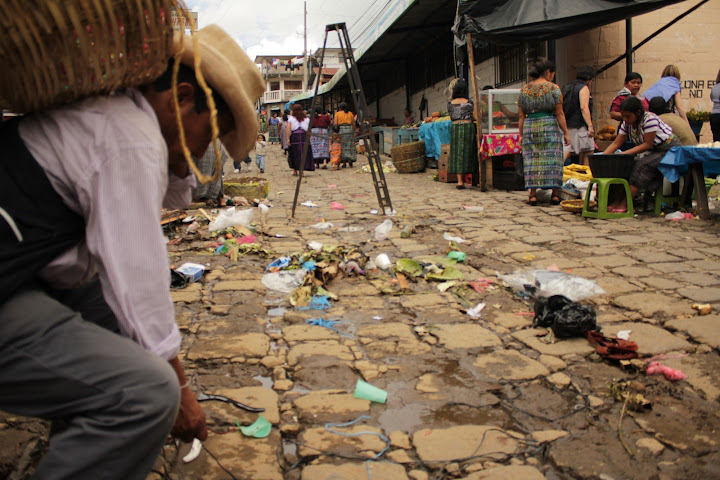 Sometimes I get so focused on trying to find the perfect nachos, the fastest dial-up internet, the cheapest tour package, and the best place to get mugged that, honestly, I sometimes forget why I love traveling so much. So, I was completely travel t-boned when I got sideswipe by a spontaneous spectacular parade. 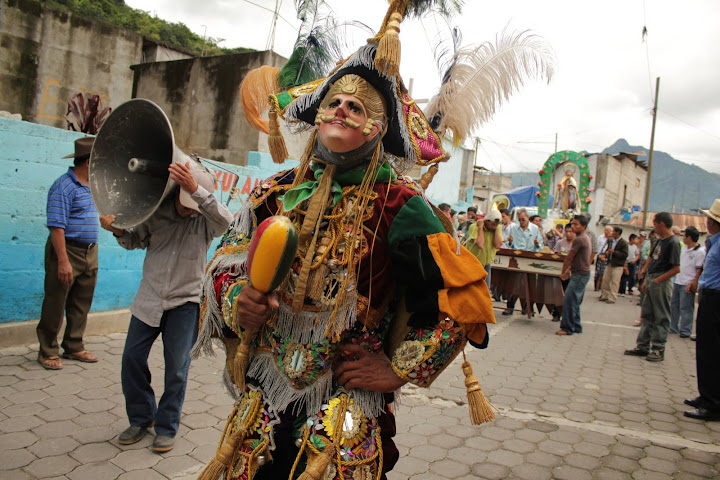 I had no idea what the parade was about. But, from the looks of it, neither did the locals. 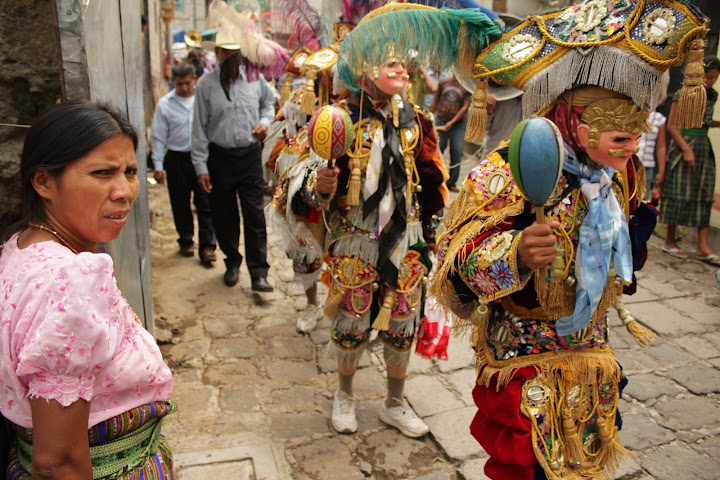 Minus the fact that it looked like a gang had looted a costume shop, the event was a fusion of every secret society and world celebration compressed into one exciting parade. It was part Mardi Gras and part Illuminati. 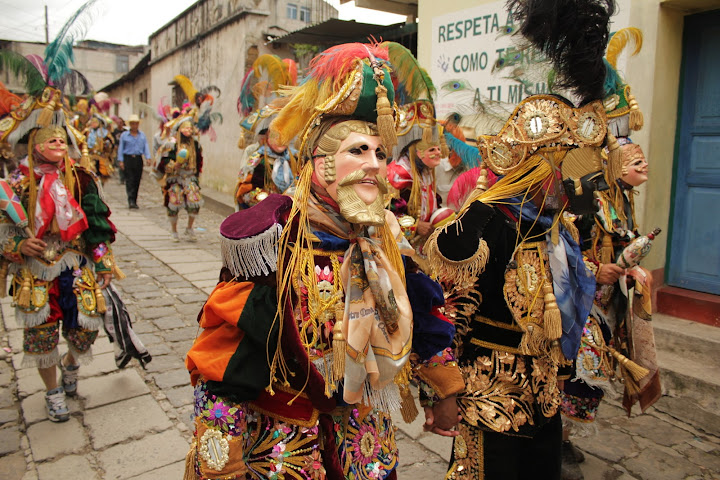 Fireworks were cracking, people were clapping, and musicians were singing to this unique music. It was so true and real. I laughed imagining another me tied to my office chair with CAT5 Ethernet cable secretly looking online for a cheap escape airline ticket to travel bliss. The whole event in the street was so authentic and unpretentious. Sure enough, and I hate it when this happens, but I started to cry. But really, I didn't have a chance. The event was so beautiful and real.

I thought being the only tourist there it might be a problem. But, everyone was so inclusive with me. I don't know why, but as I followed the parade, people randomly started giving me high fives. And then the alpha pirate priest nodded invitingly to my camera.

Some dude was lugging car batteries for the parade's 3-ton tsunami speaker. There he was dancing an almost levitating jig. How could I resist buying him a bag of water. He was grateful as I watched him catch it in his mouth, puncture it with one of his canine teeth and hydrate without ever using his hands. 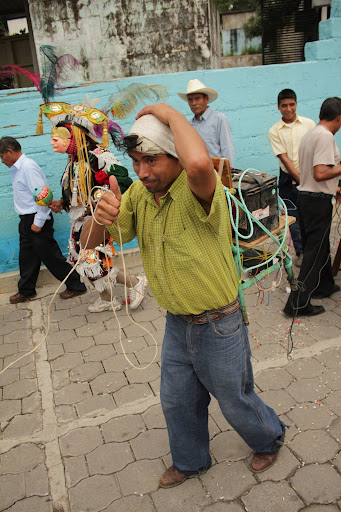 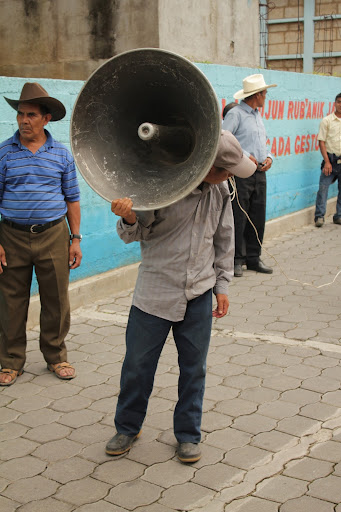 Wait! Then for a second, within this hokie small-town tradition, I was afraid that everyone was giving me high fives because the secret society had picked me to be the honorary annual sacrifice.
"Who cares, silly! Keep taking pictures!" demanded my camera.

I followed the razzmatazz royal parade for a bit longer and then ducked down an escape ally to go back and check in on Muna, our travel cohort.

"Yeah, and then, Muna, get this! They were giving me high fives and--"
"--Craig, wait. Did you first clean the water bottle cap with antibacterial baby wipes?" questioned Muna.
"Kind of...and then, wait. Where was I? Oh yeah. At the parade, they had masks on and--oh right. Look! I fixed my shoe--"
"--Nice...but did you actually wash your hands before you used the antibacterial baby wipes on my water bottle?"
"Oh, Muna. Seriously, you are so, so, so OCD."
"And, Craig, you are so, so, so ADD."
"Air high fives?" I offered.
"Air high fives." agreed Muna.
Swoosh.